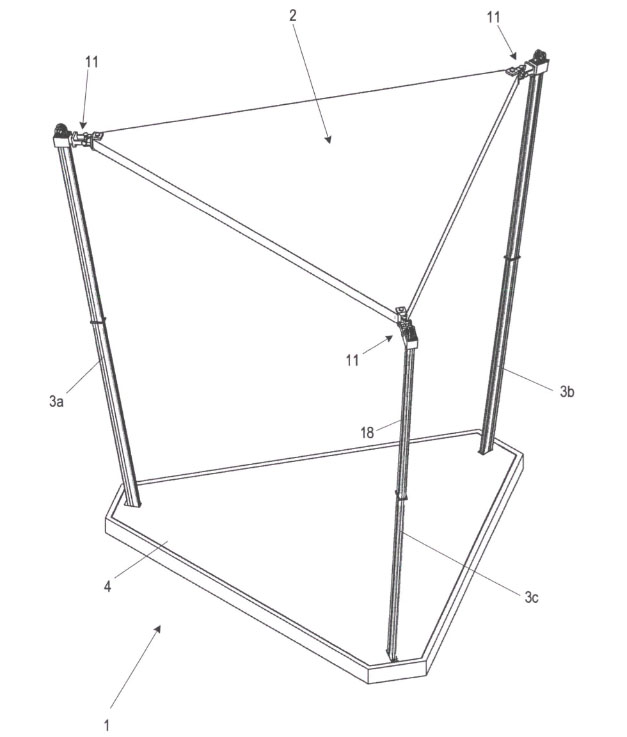 Outline
Present invention relates to a shading device, also known as a sun sail, which can be installed separately on its own, but can be connected to each other with a small structural adaptation and built next to each other. The shading device comprises a holder (1) mounted on a support surface, consisting of at least three columns (3a, 3b, 3c) which, depending on the position of the shielding element (2), are at an angle of 60-90° to the support surface and a substantially flat support structure (1) with fixed shielding element (2). At least one of the columns (3a, 3b, 3c), but preferably each column (3a, 3b, 3c), is associated with a motor-movably mounted coupling element (11) which can be fixed on the column (3a, 3b, 3c) at the desired height is formed and fastened to the coupling element (11) via the edges of the shielding element (2). By controlling the motors that move the switching elements (11) on the columns (3a, 3b, 3c) with programmable intelligent control that monitors the position of the sun and the wind, the shading device can be operated as a perfect “sunflower” so that the sun sail is always in the right position and provides protection against solar radiation from both the top and the side.