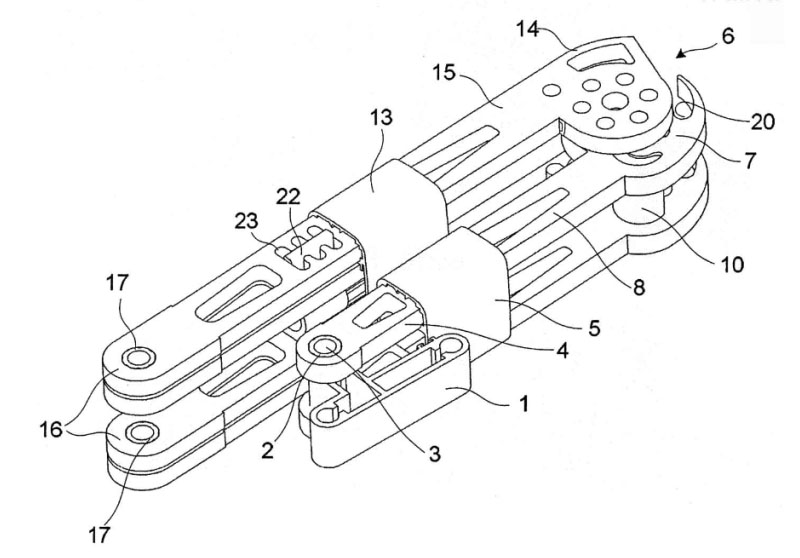 Outline
Present invention relates to a sunshade, with a preferable architectural application area, comprising articulated arm awning with a holder, a roller tube rotatably mounted in the holder, an awning fabric that can be unwound from the roller tube and wound onto the roller tube, at least two articulated arm units composed of at least two arms (5, 13) which are arranged in the edge areas of the folding arm awning and the slewing gear actuating the roller tube. A first end of one arm (13) is rotatably attached to the bracket via an output joint (16) and a first end of an arm profile of the other arm (5) is rotatably attached to an end strip of the awning via an end joint (1). The other ends of the arms (5, 13) are each connected to one another via a joint member of a central joint (6), whereby the joint members (7, 14) of the output joints (16), central joints (6) and end joints (1) made of shaped metal profile pieces fit perfectly is assembled. The invention achieves operational safety and load-bearing capacity by appropriately selecting the components of the hinge members instead of mechanically oversizing them.