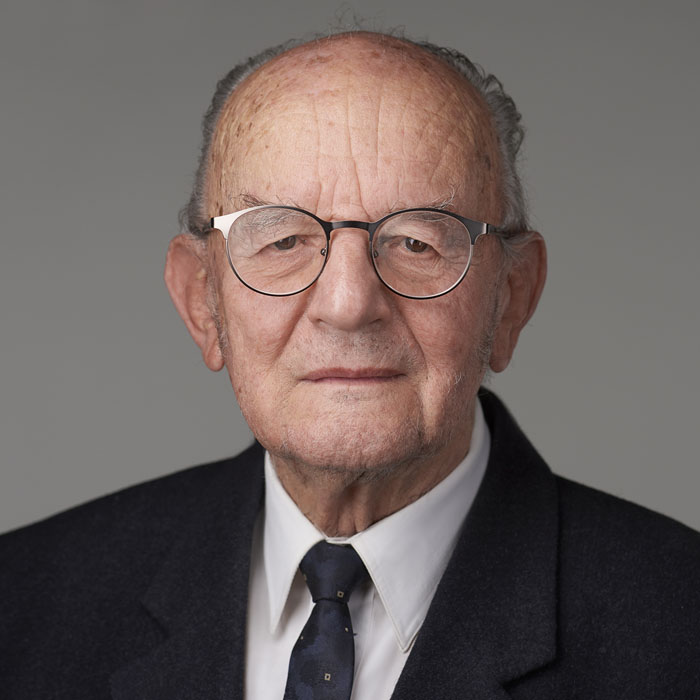 Dr. Sándor Vida has more than 50 years’ experience in trademark matters in proceedings both before the Hungarian Intellectual Property Office and the courts.

He regularly monitors and comments on Hungarian- and Court of Justice of the European Union case law in trademark matters. He is the author of a considerable number of publications; he has published three volumes of studies and regularly delivers presentations on his specialist field of expertise.

Sándor served as Head of the Legal Department at the Ministry of Metallurgy and Machinery between 1958 – 1978. At the same time he held the position of Deputy Director of the French Technical and Scientific Information Centre in Budapest from 1969 to 1984, while also working as an In-house Counsel for Danubia Patent and Law Office from 1979 to the present day.

Sándor obtained his doctorate in law from Eötvös Lóránd University in 1946, before going on to qualify as an attorney at law and a judge in 1950.
Amongst the many awards he has received, Dr. Sándor Vida is a recipient of the AIPPI Award of Merit (1997), the Prize for Hungarian Trademark Culture (2000) and the Ányos Jedlik Prize (2002) in recognition of his outstanding work and achievements.