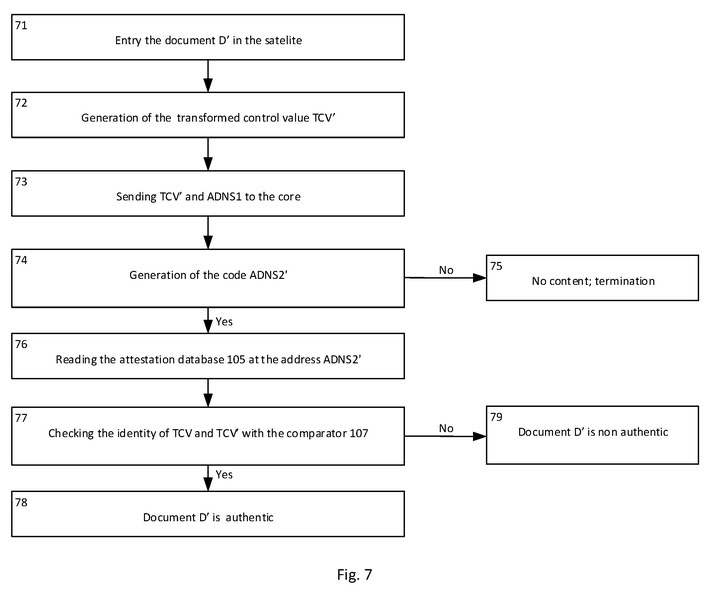 Outline
Method and system for determination of authenticity of an electronic document by comparing the document in question with itself at a later date or with a copy thereof, which method comprises two phases wherein the first phase is the entry of the original document and the second phase is the verification of the identity between the document to be authenticated and the original one. The method requires a double levelled system comprising of a satellite system accessible by the user and a central core system. Only values which are derived from the document in a predetermined way are stored in the core system and the core system generates an individual first code which is associated with the document. During verification a transformed control value is generated in the same way as previously from the document and the associated code, then based on the first code following a transformation access is provided to the transformed control value stored in the core system. If the two control values are identical the identity of the two documents is authentic.