How to set up a startup based on an idea? – Introduction to Startup Innovation Course 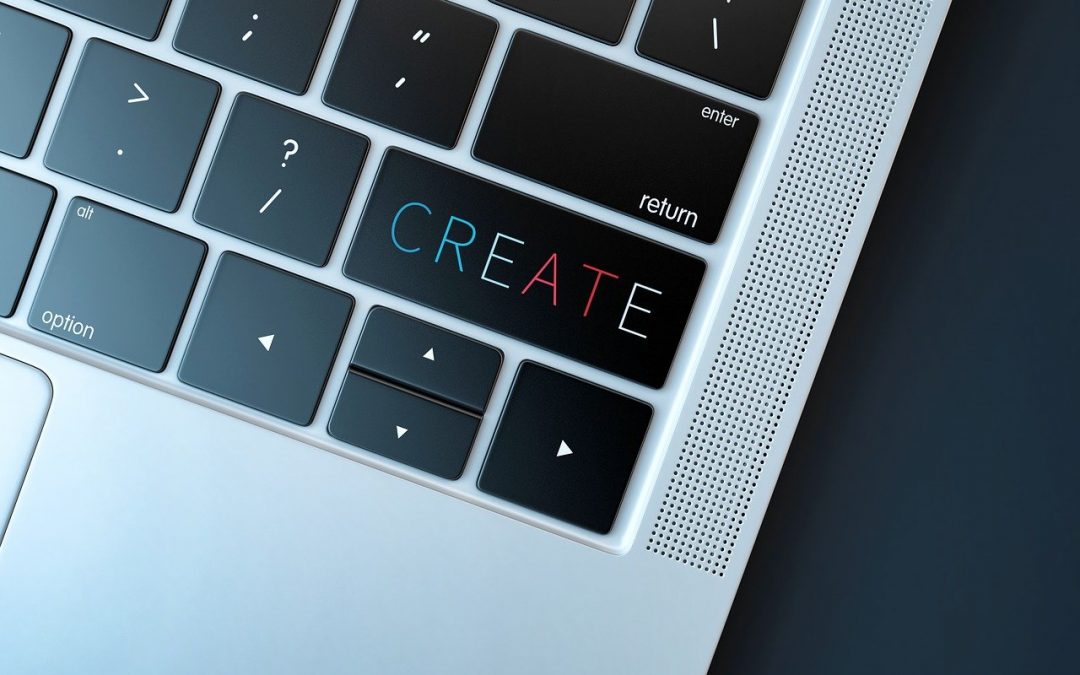 A new course called Introduction to Startup Innovation at Pázmány Péter Catholic University at the Faculty of Information Technology and Bionics was launched last September.

The aim of this course is making a difference by providing insights into the Startup world for those who are interested in and nurture entrepreneurial spirit among students with strong technical backgrounds. During the course, students learn about how they can set up a startup on the back of an idea while they work in teams.

Guest speakers from different areas/disciplines are invited to ensure the opportunity to learn about every aspect of building a business. During these sessions we are aiming to answer questions like:

The course was launched by Helga Reguly and Márti Mits.

Both Helga and Márti did Molecular Bionics Engineering at Pázmány Péter Catholic University. In the meantime, Helga was a student at the University of Oxford for a semester where she joined a research project.
They both did the ESTEEM Program at the University of Notre Dame, which is an entrepreneurship and innovation program for students with STEM background.
Now Helga is a PhD candidate at the Central European University while Márti participates in a rotational program at Ericsson, where she works as a Portfolio Manager.
They launched the course together last September, now Helga spends time with her little kids and Márti continues managing the course.

Márti and Helga truly believe that they can motivate students to be changemakers.

In one of the classes we talked about legal questions, and topics related to the startup ecosystem were also brought up. While we think inspiring and motivating students are very important, it has also a great significance to let them know what they should be aware of if they are preparing for this journey.

In December, Dr. István Molnár and Márti talked about the questions below as part of a course session.

Dr. István Molnár graduated first as a research chemist in 1998 and then as a lawyer specialising in European Union law in 2001 from the University of Szeged. He went on to obtain his doctorate from the Doctoral School of Law and Political Sciences at the same university. He has been working as a patent attorney and partner at Danubia Patent and Law Office since 2000. In 2012 he became the Managing Director of Danubia IP. István has considerable expertise in industrial property rights protection, most notably in the field of patent- and trademark law, in addition to which he has gained substantial experience in innovation consulting for startup enterprises, innovation management and technology transfer.

Our aim with this article is to provide those insights for anyone for whom it might be helpful and relevant.

1. What are you sure to tell the enthusiastic engineering students here who are thinking about starting a business and what could be helpful to hear at the very beginning of their journey?

The most important ability is the ability to get out, to exit. He who cannot exit, will be ruined, financially, mentally, physically. There is too much psychological stress to endure in a startup in case of constant failures. If we have set an exit condition, it must be complied with even if there is an investor offer the very next day. Because everything will come “tomorrow”, and the money will run out today.

Never put private property, or money set aside for retirement, into your own ideas or the ideas of others. I’ve seen people becoming poor because of this.

Don’t cultivate an overly intimate relationship with the project, be able to break away from it.

If you are a real start-upper, then after exit, whether it was successful or not, you will start a new project if you can. But it’s a matter of self-knowledge and self-reflection whether you realize what you really are.

2. What illusions do you think should be dispelled among those who want to launch a startup?

Being a start-upper is the same vocation as others, not an award to a genius. And this vocation comes with a decent salary. Not too little, not too much, but a consideration of your work, and not a success fee.

Anyone who just starts implementing an innovative idea because they want to be a millionaire quickly is better getting off before they start.

Startup financing has its conventionally developed sources and stages. This money must be spent, it must be well spent, it must not be saved unnecessarily, but it must not be spent unnecessarily. The investor contribution to a given stage is precisely determined by the market, it is not more than it should be, it is sometimes less, but the reason is that the investor’s decision makers have made a mistake in the due diligence. This must be recognized by the start-upper and such an offer must be rejected. But ‘big money‘ should not be expected from an investor; what we receive has a place and there is no place for luxury.

If the business becomes a truly successful company producing for a global market, by then the start-upper, the entrepreneur, has gradually lost control of the company. This is the price of investor help, and the business rules of innovation.

When we talk about ’old‘ and ’modern‘ start-uppers, we must place ourselves to Europe, more precisely to Eastern Europe. Here the startup movement started later than in the US, and very importantly, the sources partly come from the governments or the EU – unlike in the US, where almost everything comes from private venture capitalists. In the US the government orders mainly military, or today, health innovations, but does not invest in it. In the EU, the venture capital investment is not that integrated in other investment markets as in the US, so the governments must enter the game. Therefore, the efficacy of the spending is compromised. Sometimes they ’must’ invest, they ‘must’ exit with profits, and the government tends to impose unachievable security provisions, and shift the risk totally to the start-upper. So much about the environment.

The old-fashioned start-upper is a ’renaissance’ guy; he is 1. a university professor; 2. an inventor; 3. a project manager; 4. a communicator; 5. a private undertaker; 6. a freelance at his own risk, etc. This is what he believes of himself. As a matter of fact, he is only a university professor, and the invention he has filed in his own name is, on one hand, only a result of basic research, on the other hand should belong to the university. He is a nice speaker at the university lectures, but he is a poor communicator, even a poorer negotiator. In fact, he does not even take the risk: he failed to give up the university cathedra, so receives a good professor salary. Therefore, he is not forced to go after the business, it can wait ‘until the exam term’. Finally, he is desperately overloaded, and has no focus. What makes these businesses survive is the public money.

The new-wave start-upper comes from a wealthy family. In his thirties, he still receives significant – often financial – support and has no livelihood problems at all, he is able to focus on self-realization. Self-realization is the guiding principle of his life. He received a very serious family motivation; he was raised in a liberal approach, in an entrepreneurial spirit, his initiatives were always given space, a critical approach was developed in him. His father may be a professor at the very university where he was a PhD; for this reason, the myth of the professorial profession does not press him at all and he does not feel a huge loss when he finally leaves the university to start his first startup. He does not even know why public funding should be involved. He may still get the first round of investment from home, but the second round may already come from Silicon Valley. His approach is global, he is a good communicator, he is a good negotiator, he can manage money (he also learned this at home). The jackpot approach does not characterise him at all. He is not bound to anything too much, but mostly not to the project; if he fails, he starts a new one. Authentic figure with strong charisma.

4. What are the traits and attitudes that make a starter successful?

Some comparison of the abilities of a) a successful employed engineer; b) a manager; c) a conventional private undertaker; d) a genius/inventor. This is completely arbitrary, based on my impressions!

5. How do you see, who the winners and possibly the losers of the current startup ecosystem are?

The winners have a strong focus and vision. Everything is subordinated to the project. They have an extensive knowledge of the market. Money, for various reasons, is not a priority for them, but when they have it, it is always handled very carefully. They always know that intellectual property gives value to their company, and therefore, they have a very thorough knowledge of the function and dynamics of intellectual property law. Their phones have a large red button labelled “exit,” and as soon as a pre-recorded condition occurs, the button is pressed irreversibly. At the same time, they have good professional embeddedness, good relationships, trust in their experts and people in general.

The losers outweigh market trends. They disclose a new COVID test and they make it immediately available to the press. Their invention is secretly taken out of the university and patented with their own money, but they can’t spend it on a good professional, so the protection can be gone around, and it’s worth nothing. If they consult a professional, they are worried about a lack of resources and are always forced to choose a compromise solution. They only have one project that they stick to the end. They don’t have the patience to build relationships, and they don’t really trust anyone.

6. Who might start with a disadvantage in some way (for example, no family or financial background), how do you think, to overcome/reduce this disadvantage?

It is difficult to answer this question. I mentioned four different aspects. Three of them can be developed. The knowledge and skill element may require some time after graduation from the university. The time may be reduced, if you have a strong focus already in the university years. If you spend some years in company environment, you may get useful information about the market rules of the sector. As years go by, the family advantages can be replaced by the benefits of a company culture. Finally, self-reflection, and charisma is a  psychological issue. Probably, if you are not perfectly sure, you may consult a professional psychologist – both in deciding if you can be a start-upper at all, and in developing a personality needed to take up this profession.