FREE- RIDING ON THE REPUTATION OF THE MARK LOUIS VUITTON

The plaintiff is the owner of the European mark registered in class 18 for trunks and bags. 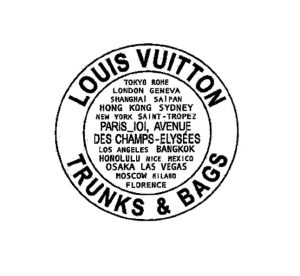 The mark is internationally reputed and notorious.

The Metropolitan Tribunal condemned the infringer: it held that the behaviour of the defendant resulted in an unlawful image transfer of the reputed mark from completely different product to his confectionery products. He used without due cause the reputation of plaintiff’s mark, obtaining unfair advantage by the said use, moreover he caused harm to the distinctive character of plaintiff‘s mark.

The defendant requested revision with the Supreme Court. He contested almost all statements of the Metropolitan Court of Appeal, moreover he referred to the decision of the EU Court of Justice. No. C-62/08 which he held to be a precedent.

But he was once more unsuccessful and the request for revision was rejected. The Supreme Court held too, that the defendant used plaintiff’s reputed mark without due cause and without permission of Louis Vuitton. Moreover, purpose of this use was to obtain economic profit. The Supreme Court held that the facts on which the referred decisions of the EU Court of Justice were rendered were so different that these were therefore not relevant for the case in question. (Pfv. 21.668/2010)

In the last twenty years (harmonization with European Law in 1997) free-riding cases were rare. The Trademark Commentary (Budapest 2014) refers beside this case only to one other case judged by the Supreme Court. Of course it in cannot be excluded that at lower instances such cases were judged.

In this respect I believe that it is excessive to require proof on unfair use of the distinctive character of a mark if this mark is a reputed one. In my opinion the acquired reputation has a retroactive effect to the distinctiveness of the mark. The mark became a strong one that is why I like the judgement of the Tribunal more than that of the Court of Appeal.

In respect of the judgement of the Supreme Court I believe that in the ECJ case referred to by the defendant the problem was whether the unauthorised use of a mark by a third was infringement or not. No comment is necessary why the Supreme Court did not deal with this reference.

Decisions of the Courts of three instances correspond to the test taking unfair advantage of the reputation of a mark as formulated by the EU Court of Justice ( eg. L’Oreal C-487/07. para 41-44.)